The Sea Tells its Story 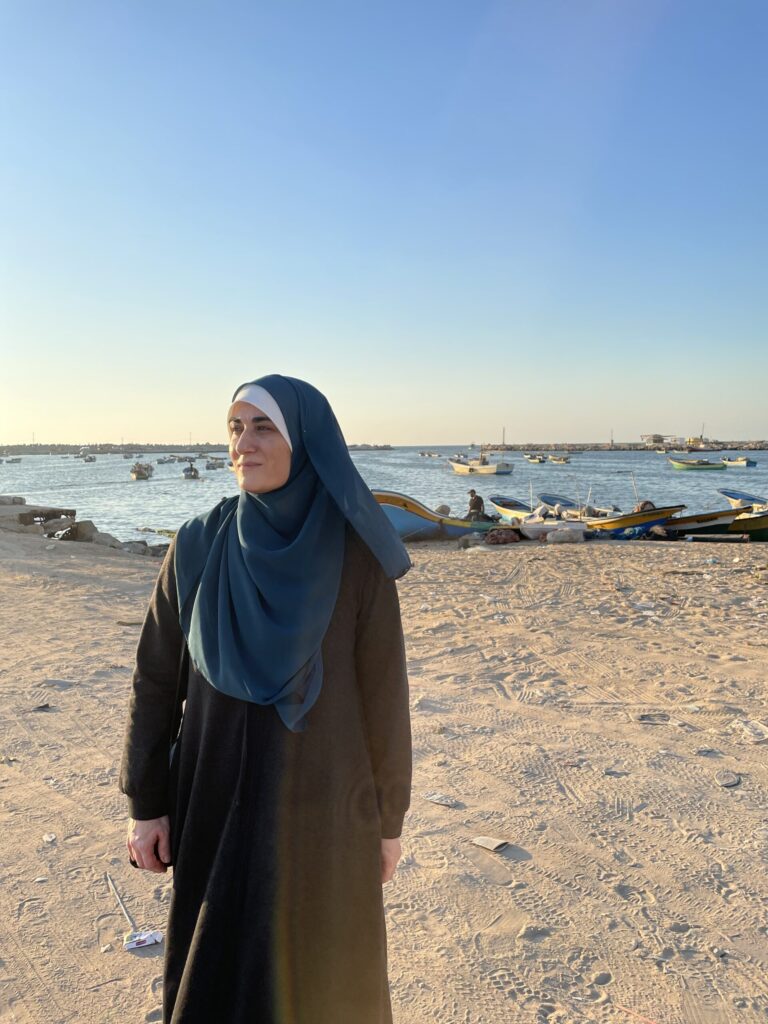 The fishers’ port is like a sleeping beauty. Water is calm. I stand there contemplating its tranquil waters that carry the boats, rocking them gently like a baby’s cot. A peaceful lullaby.

Dozens of fishing boats are resting on the shore. None have shining paint. Worn away by the salty water and damp winds. These are the boats that venture into sea and face the perils. Nature doesn’t disturb the fishers—it’s the enemy’s navy that shoots. It happens too often. As they throw their nets over board, shots ring. One, two, three. Men duck. One gets hit in the face with a rubber bullet. The other two cover their heads with their hands. Any day and every day, they get attacked while seafaring for their livelihoods.

I stand at the shore wishing I could protect these boats. Their hulls are nestled in the yellow sand. A familiar affinity binds them. As I stand there, a pacifying feeling washes over me. This is our sea. These are my people. I belong to them and they belong to me. Under normal circumstances, with no danger lying ahead, I’d ride on a boat and make that journey with the fishers into the sea. To explore its beauty. To see the fish wriggle in the nets and the smile on the faces of the men as they haul their treasure onto the deck. But instead, all I can do is stand on the shore waving farewell to them and making a fervent prayer that they return safely to their loved ones. That the sea rewards them with its boundless treasures.

My people pick up after our sea. Fearless, unhindered and unstoppable. I ponder over this and realize how the sea is inside every one of us. When we’re attacked, we rise like the sea waves and confront our enemy. Even in everyday situations, people stand up for each other. Nobody is a bystander when someone is in need. My people’s chivalry continues to be a source of pride. We rise high like the giant waves and crash down on our oppressor. I’m comforted in how I see the noble qualities of my people in my everyday life.

I stop a taxi to get back home. He gestures the number two with his fingers. I nod. He drives by al-Hassayna Mosque—an architectural masterpiece that dominates the right-hand corner as we head out of the port. Before I get into the car, my daughter and I take a selfie.

‘Look how the sun illuminates its façade!’ I beckon my daughter to look. It’s forty-five minutes till sunset and some parts of the mosque are still bathed in light. I could never imagine myself living in a place without mosques. It’s not only the structure that fascinates me. It’s the peace that showers me as I enter it. The reverence and the inner peace—tangible peace I feel in my bones.

On the way home, I make silent prayers of gratitude. I’m grateful for being part of this coastal city. Even if Gaza is isolated from the rest of Palestine, and even if it’s still under siege for the sixteenth year now.

Sixteen years and counting. My children all grew up in blockaded Gaza. In an environment infused with war and siege terminology. Electricity cuts, medicine shortage, lack of travel, denial of entry of goods—a tight siege on life. I had hoped that by the time they grew up (which I thought would take long) that there would be no more suffering. That the siege would be lifted. I never imagined it lasting this long.

The sea has many stories lying underneath. Its waves have carried life and death. A monument commemorating the nine Turkish activists that were shot in May 2010 as they tried to break the siege on Gaza through the sea lies at the center of the port. I try to think of happy memories. But the only thing that comes to mind is my visits to the beach when I was a carefree child.