I could never leave Gaza behind

Home » Blog » I could never leave Gaza behind 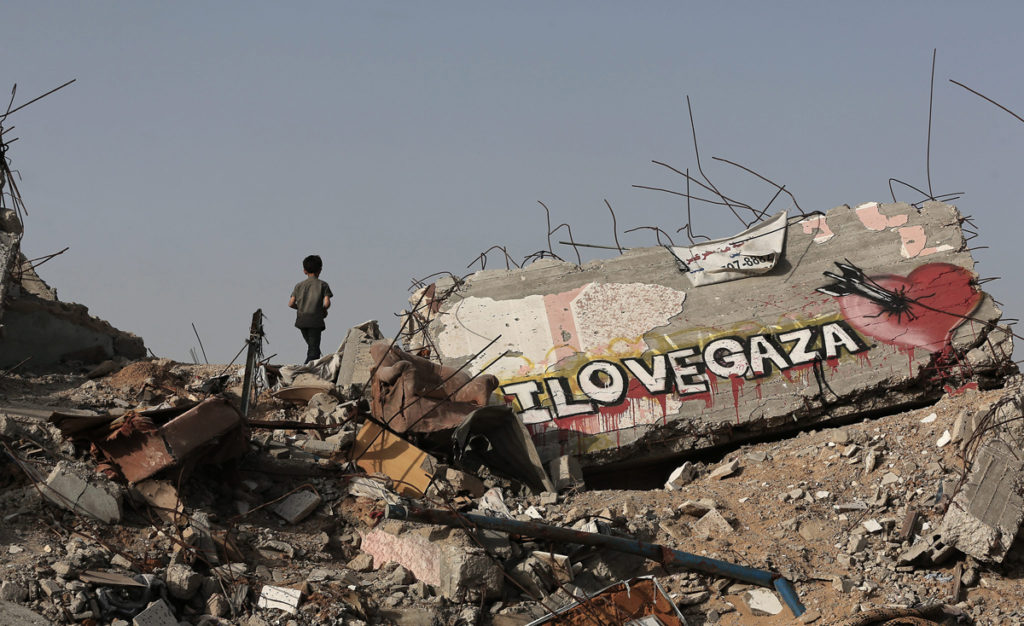 “I left my heart in Gaza and I can never forget you all,” was the message I received today from a friend from South Africa who had entered before Egypt’s Rafah crossing was closed to foreign visitors in 2014. (Israel’s Erez crossing allows foreign visitors, but only international aid workers and journalists for prominent media.) In fact, she wrote a book about Gaza and donates the proceeds to a water project and orphans here.

This person is one example of how people of other cultures, races and backgrounds can and have become passionate advocates once they get to know us—people who are willing to speak out in the face of injustice. And yet….so many of our own people are desperate to leave or want to forget about us once they get out.

The 11-year blockade on the Gaza Strip and all of its consequences have taken a very heavy toll on the Palestinians who live here. We suffer in the tiniest matters in our lives; matters that those on the outside take for granted. At the top of the “list of burdens” right now is the electricity crisis (currently we receive an average of only four hours a day), which affects every minute of our days. Among the activities both mundane and dramatic that we can no longer do (or at least with any reliability) is wash clothes, vacuum the house, get to our jobs on time (much less work productively), complete research papers before the class deadline, find relief from the oppressive heat, count on quality health care. And then there are critical matters such as running hospitals and medical equipment such as renal dialysis machines, newborn incubators.

And then there is the unemployment rate in Gaza—60 percent for youth and young adults. UNRWA has stated it is the highest in the world.

I acknowledge all of that. I live here and I see it, feel it and can’t ignore it. I can even smell it. Whenever I go out, the fumes from the back-up power generators pollute our air. It’s abhorrent and ugly.

Traveling is a dream for most

These harsh conditions, which no one should be asked to endure for weeks, much less years, have led the youth here to think of only one thing: leaving Gaza. But it has become almost impossible to do. There are two main exits to the world from Gaza, the Rafah border at the border with Egypt, and the Erez crossing, controlled by Israeli occupation officers. Rafah has opened for only 10 days so far in 2017. And while Erez is technically open most days, the restrictions on who can cross through makes it “closed” for most—and it’s getting worse. The number of exits by Palestinians through Erez crossing allowed in the first half of the year dropped by 55 percent, compared to the same period in 2016.

Youth feel literally locked up in a big cage. I don’t blame them for being restless and wanting to leave, but only if they have a larger purpose in mind. Many just want the door to fling open so they can run out like a fugitive, fearing to look back. And too many who manage to do so ignore the responsibility I think they have to be our vocal advocate. They simply focus on their own lives, wanting to forget about what they left behind. (I want to acknowledge that I’m sure many of them send money home, but what about the rest of us?) Rarely do they think of returning to contribute their new-found skills. After all, they’ve been granted freedom and, to them, only an insane person would think of voluntarily returning to “the cage.”

Why do some who leave never look back?

I’m sure every person has his/her reason to travel, but many questions are lingering in my mind, making me sleepless: Does heaven exist outside Gaza? Does life out there make you turn your back on your own people? Does it make you forget that one day you were among us, living our pain, helping the needy, the ill and the war-torn families? Protesting against the Israeli occupation and celebrating the release of Palestinian prisoners? Doing all you can to communicate the suffering of your people to international solidarity groups? I have heard of a number of people who have betrayed this mission now that they are out. They’ve lived through three wide-scale aggressions and may have lost family members or friends. But when they left Gaza, they turned their backs, as if to put the past behind them. One has not even told her friends where she is from.

We Are Not Numbers created a poll asking this question: “If the borders were to open regularly, would you move out of Gaza, or just travel and come back?” Most members said they would definitely come back, because family and home are cherished by everyone and can’t be replaced. Of course, we had to assume that somehow the border would be open without restrictions.

I talked to a young man from Gaza, Mohammed Hammami, who had studied for five years in the USA and came back to Gaza two years ago. Of course, the No. 1 question he was asked, often accusingly, was: “Why did you come back?!”

I was curious myself, so it was one of the questions I asked him toward the end of our conversation.

Mohammed: “I came back because I missed my family. And then there is the challenge many tend to ignore: living in a culture that is totally alien to my home culture and the struggle to adapt. My circle of colleagues, friends and neighbors in the USA are nice people, but you still feel homesick and the sense you don’t belong. I came back and I don’t regret it. I recently received a scholarship and am waiting for the border to open so I can pursue my studies. But I had to come back.”

Me: “Why do many people escape from Gaza and never look back? And when they’re out there, wherever that may be, they sometimes insulate themselves from all that is Palestinian and anything that reminds them of home? They don’t feel a duty to serve their cause?”

Mohammed: “I really can’t blame these people. I think all Gazans have suffered a kind of trauma. They’re traumatized one way or the other by the military aggressions, siege and all of the repercussions. To many, they waited a long time for a way out, and once that became accessible, they ran and chose to put it all behind them. They don’t want anything that reminds them of their tragedies.

“Others are looking for happiness, thinking that if they can’t be happy in Gaza, they will find this happiness somewhere else. But I don’t believe that’s necessarily true.

“Another thing I want to say is that I don’t like the idea that many people have about all Palestinians being heroes and expecting us to be heroes wherever we are. What if I can’t or don’t want to be a hero? It has to do with the family upbringing of each individual. People are different. Having said this, there are some who choose to educate others about the Palestinian cause, but they don’t like their activities to be in the spotlight for personal reasons. They prefer to live like ordinary people with ordinary lives.

As for those who never come back, I don’t blame them. With the 11-year siege on Gaza, the huge number of university graduates have no prospects for the future. To get a job in Gaza, there’s fierce competition. You have to be a real pro in your field or have strong personal connections. It can really seem, and be, hopeless.”

What would I do?

If I were to leave Gaza, what would I do? I asked one friend, Ahmed Alnaouq, these two questions:

Me: If you had the chance to leave Gaza for any reason, what would you do out there?

Me: Would you enjoy what life has to offer and forget the miserable Gazans?

Ahmed: Of course not. I don’t want to forget the past. I love Gaza and I’ll always live my life trying to give it whatever I can.

Me: Do you really mean that?

Me: This is making me cry.

We’ve lived through many military aggressions and invasions, and have, with Allah’s help, survived. I’ve learned that my Gaza is made up of many strong people who have sacrificed their lives so others may live in freedom one day. The majority of those people were young, in the prime of their lives, but their wisdom, their sense of patriotism and their sense of identity led them to do what they could for their people. They didn’t whine about the “hellhole” Gaza has become, because they know that change doesn’t come easily, but it does come in the end.

I see Gaza as a place where people of other nations will (eventually) long to visit or tread its soil. The heroic tales of my people shall continue to inspire the world and those who betrayed it, those who turn their backs on it, will wish they were part of the change.

Author’s note: Mohammed was finally able to leave Gaza and is now in the United States, where he soon will begin pursuing his master’s degree. I am very happy for him!